Stay up to date on events and news you can use!

A few years back we had a student who took guitar lessons with us for a few months. When I talked to his mom in the waiting room she always seemed happy and his teacher gave me great feedback. The boy himself always seemed happy. You can imagine my surprise when they called to quit lessons, seemingly out of the blue. The teacher had been teaching with us for years, to great success and everyone, parents, the other teachers and above all his students loved him.

So I accepted the withdrawal and after a few days thought, let me call his mom and try to find out what went wrong. It turned out for whatever reason, I think mainly the boys severe shyness and preference for a female teacher which I hadn't known about, that this one student and this particular teacher just weren't a great fit. The boys mom didn't know it would be ok for him to switch teachers, and I think they were worried about hurting the teachers feelings. So I offered them a free trial lesson with another teacher, one of the ladies that taught here, now knowing about his shyness and how great her personality would be for him. This is an excerpt of what she wrote when he went away to school, five years later.

"Jim, thank you from the bottom of our hearts for taking such an interest in our son. He has grown tremendously with you and your staff these many, many years. We love to hear him play. Your school has been a happy place for our family. The concerts he’s played in are lovely memories we’ve recorded and often watch together. Because of your school, he is continuing his love for music at his new school. Thank you to you and everyone else for being such a positive influence for him. We will continue to sing the praises of your program in our community." 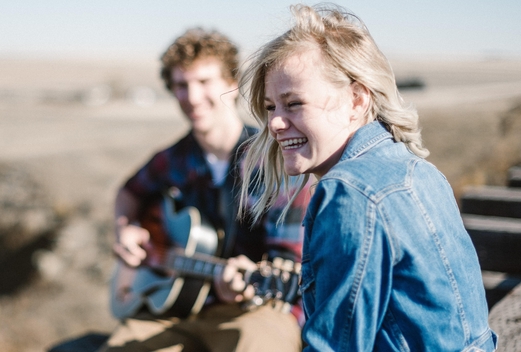 How Do You Know Your Child Will Enjoy Lessons?

A note from our School Director

Are you unsure how your child will do in music or drama or worried they won’t enjoy music lessons or drama classes? I understand how you feel because I’ve been there, as a student and a parent myself.

My story starts at seven years old at the neighborhood piano teacher’s house. The lessons were very strict and not fun. I realized in about a month I did not enjoy piano and begged my mom to let me quit. Four years later on a family trip to Mexico my mom bought me a new toy. A beat up old acoustic guitar. When we got home I started lessons. My teacher, Harold, was a great guitar player, he was fun and funny and he inspired me. I couldn’t wait for my lesson every week and I still haven’t put the guitar down.

Learning music has given me a better, richer and fuller life. I’ve earned a Master’s Degree, made many great friends and had wonderful experiences because of music. I’ve written music for television and played at Lincoln Center with Wynton Marsalis. I'm proud of all of our students, whether it's Charlie Puth or our next student  at their first recital.

Music lessons and drama classes at our school are a lot like the lessons my first guitar teacher gave me. They’re fun and motivational and they let the student have a great time while getting better. With proven strategies to get through tough practice days our students learn faster.

Call or email us today so we can share the same great feeling of fun and inspiration that we’ve shared with 3,000 students so far. We can arrange a free first lesson at a day and time that works best for you.

p.s. Like I said at the beginning, I was a nervous parent too. My kids studied voice, piano, saxophone, guitar and drama at our school for years and did many great recitals. They will love the arts for a lifetime :) 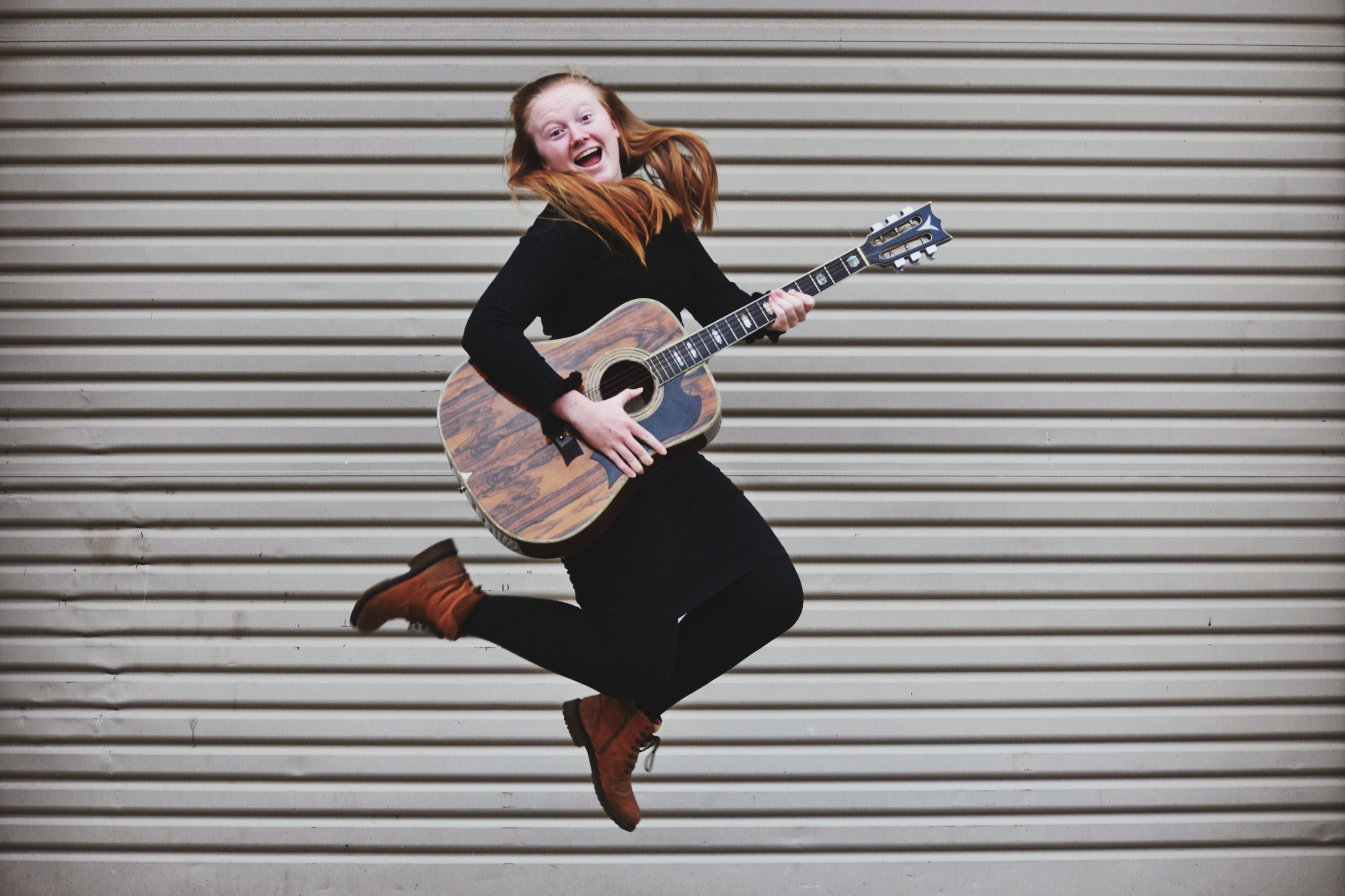 Here's the second video in our series of fun, free (and shhhh - educational) videos for our former, current and future students. This one features a practice log, one of the best ways to manage your practice time and get better faster :)

If you have any questions, comments or suggestions for a future video let us know.

Please "tag us" on social media.

P.S. We are working on hosting a Virtual Teacher/Student Recital - if you'd like to participate and play or sing a song or do a dramatic monologue please let us know. We'll do it on videoconference live and can shoot for next week.

During this time of staying home, staying in and staying safe we wanted to share a fun free short video.

It's only 2 minutes long and is the first we'll be doing to give our students - past, present and perhaps future - some ideas on music and drama. Some of the videos will discuss creativity, as this one does, some will focus on technique and mastering an instrument, time-management for musicians and actors and more.

This video shares a great idea for a "new" way to write a song that some old guy named Bach gave us :) If you or your child use it to create new music please send us a video. We'll share every video we get!

Please "tag us" on social media.

When Should My Child Start Music Lessons?

If you’ve ever thought about putting your child in music lessons, give yourself a pat on the back. Raymond Goodrich II, a lifelong musician and store owner, says to do otherwise borders on parental neglect.

“As a parent, I think it’s our responsibility to expose them to the opportunity to play music,” said Goodrich, the second-generation president of Lafayette Music Company. “There’s one study that got down to DNA and showed there are switches that turn our stress on and off.

“They have figured out if you participate in music, three to four years consistently, it’s going to take three or four of those switches and permanently turn them to the off position.

“Music takes you to a better place. You don’t get that elsewhere.”

Goodrich is among countless enthusiasts who encourage a life lived in music. But parents often ask, “When is my child ready for lessons?”

Local teachers say there is no magic age. Many children start in the fifth grade with school bands. Others begin private lessons as young as the first grade or kindergarten.

But more important than age, the child must have a keen interest in music and be willing to practice for the long haul.

Brazos Huval has taught more than 1,000 children in 10 years at his Breaux Bridge school. Students learn, by ear, to play the accordion, fiddle, guitar, drums, saxophone and more.

But Huval said the students and parents must be interested and committed.

“Kids can develop an interest in the music,” said Huval, who plays bass with the Grammy-nominated Cajun band, Steve Riley and the Mamou Playboys. “Some parents come, drop off their kids and say, ‘We want to try it for a month.’ That aint’ gonna happen.

“They’ll get through some basics. But if they don’t have an interest, it won’t work. Give it six months or a year, that’ll be much better.”

Charlie Gaithe, a touring guitarist and songwriter for 27 years and teacher for 15 years, believes 6 or 7 is a good age for children to start. Gaithe begins with a test lesson to assess a child’s posture, movements and attention span.

“We’ll sit down and see if they’re physically capable of holding a guitar and playing some parts on the instrument,” said Gaithe. “Generally, my lessons are 30 minutes.

“But I’d say 20 minutes is the window when you’re really learning stuff, especially with younger kids. I keep focus on their eyes and body language. That generally will tell me if they’re still focused in on what I’m talking about.”

Resources for music lessons are numerous, including countless choices on the Internet. A search for “music lessons” on YouTube brings 154 million results.

But local teachers urge parents to be cautious with online resources. Many teach bad habits that can set students back.

“A lot of times, a kid will say, ‘I learned a song today. I picked up the chords online,” said Huval. “It’s totally wrong. We have to go back to the drawing board and start out the song the right way.

“You can get the chords online. But 80 percent of the time, they’re not right. We have to do a lot of corrections.”

Gaithe and Goodrich have also corrected numerous errors learned online. Gaithe says nothing beats the instant feedback and direction of a live instructor.

Once a child starts music lessons, teachers urge parents to keep going. Peaks and valleys are part of the learning process and times for parents to be encouraging.

“The ones that do well, not only are they into the music,” said Huval. “But they’re taking their instrument home and practicing.

“They listen to live music. They go out and listen to bands. That’s how we all learned.”

“I try to make them be aware of their language and thoughts. You’d be surprised how much that changes them. Sometimes they’re not even aware that’s coming up in their vocabulary.

“When you get rid of that, miracles can happen. It transfers over into life.”

Reprinted by permission of the author Herman Fuselier https://www.theadvertiser.com/story/news/2018/02/14/when-should-my-child-start-music-lessons/317098002/

Free Report:
"5 Ways to Get the Most out of MUSIC LESSONS" 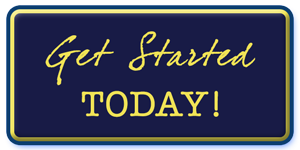 to arrange your first lesson or class!

Free Report:
"4 Ways to Get the Most out of DRAMA CLASSES"